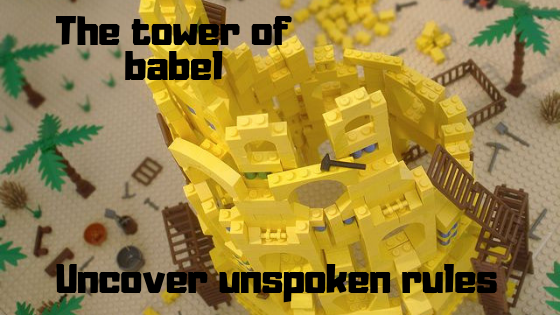 The best friendships are found when people share interests & values, have great communication and have aligned “rules” of engagement with the depth of friendship highly correlated to the match between the secret invisible criteria and drives of people.

In professional teams these “rules” of engagement and secret criteria also exist and are often not communicated. Often causing frustration,  poor performance, lack of teamwork and low morale.

The tower of Babel is a provocative teambuilding exercise that will make visible how unclear and secret criteria can affect team performance. It will allow your teams to find a way to put all the cards on the table and make them transparent and actionable.

Some of the unspoken rules that can become visible:

You need one facilitator per team of 4 – 7 people, typically a scrum team.

The goal is for the team to build a tower and using ALL the lego bricks. You need to make sure you have done it yourself so you can say you did it all alone in less than 20 minutes.

The acceptance criteria and the work conditions :

Review the rules: in some smaller teams some people will receive more than one requirement or goal

(8) min 3 colors : this is where they should be putting a lot of bricks

Ask the team to not starting the building until you had time to explain everything. It will be hard to stop them from starting to build!

Rules are printed out on individual rule cards,  they cannot be shown to others

No talking during the exercise

There will be 20 minutes to build the tower

When a rule is broken, the facilitator announces this, and the current layer needs to be rebuilt.

Provocative element :  I created the tower the day before all alone in less than 20 minutes. As a team of x people, you should be well in time to finish this, as an extra bonus, I give you this box of chocolates if you succeed in doing it. Leave half of the built tower in the box and visibly deconstruct it before them so they realise the tower -can- be built. It helps counter the belief that it might be an impossible assignment

Layer 1 takes quite long to build,  it can take 1/3 of the time (> 7 minutes) because they need to discover how to communicate.

The team loses track of the real Goal : Use ALL bricks, they just focus on layer after layer, and won’t realise after layer 8 they cannot build higher.

It’s quite difficult to reach the goal, teams typically will stop after 20′ with 7-8 layers and only 10-15 bricks left.  Quite frustrating 🙂

Going deeper and opening the discussion on unspoken rules

How does the exercise feel?

Can you guess what the hidden acceptance criteria of colleges  were?

What similarities exist between this simulation and your real team work?

Can you share what elements of your work, or working conditions, or goals that you do not communicate well enough to others that have an impact on your success of working as a team ?

The zone of harmony: The Axen rose part 3

If you don’t know yet what the axen rose is, please first take a quick look at part 1 and part 2 of this blog series. This way you already know the basics that I will elaborate on in this post. So next to the zone of conflict (hawk – capricorn) and the zone of removal (owl … 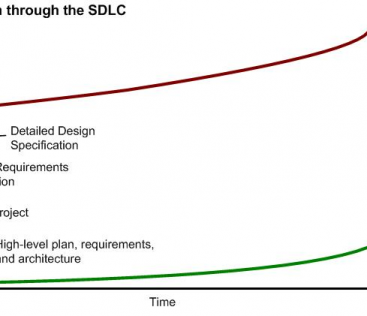 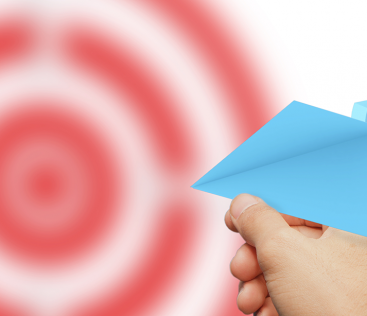 How to fix Scrum teams that are terrible at estimating and forecasting?

First of all, we should ask ourselves: “Why do we estimate?”. In a lot of cases it’s because of the wrong reasons, but let us assume we are in a context where estimates are needed.  What would that context look like? A Large-Scale setting where a Rolling Wave Plan is used by other parts in the organization (sales, …